It’s certainly the best time for the private residential sector in Singapore after the several rounds of cooling measures. Interest rates at less than 2% per annum are still attractive compared to other countires in Asia where the rate can be as high as 4.9%. Developers are hungry to replenish their land bank as they have been laying on the sideline monitoring the market. As per statistics, annual returns from any real estate project can be easily around 20% in the first year itself.

Making overwhelming for property consultants, the residential home cost index has touched 3.1 percent, which once was expected to be around one to two percent maximum. This is something beyond the expectations of even the most experienced property experts. Looking at the exciting scenario at present in the property sector, the early forecasts have also started getting bigger.

Equations are changing on a positive note for property consultants. The same property, rise in price of which once was speculated to be around 4 to 9 percent, has now been forecast to be crossing 15 percent very smoothly. Credit goes to the significant boost in sales of the developers that has delivered such incredible outcomes. Equal credit should also be given to the efficacy of deal-making of the market experts.

This includes both, the rise in land costs as well as developers accepting the price hike. It means that there is a significant demand in property market from buyers. Not just new launches residential projects are seeing a strong demand, demand is equally strong in the resale market as well.

What makes this growth, despite price hike?

It’s not always seen that despite the hike in land costs, the buying frantic is not stopping at both developers and residential property seeker’s end. This is considered the real growth, which is pretty rare to find. As explained above, the affordability of getting finance is one of the prominent reasons behind the number of people showing interest in buying properties, despite the price hike.

People are observing the growing trend of land value, and at the same time realising that the ease of getting finance may not be getting every time. Hence, it would be a wise idea to buy the sooner the better in such scenarios prior it gets priced out. The final private home price report of first quarter indicates a significant boost.

Well, this was quite expected from the analytic reports generated during the March itself. Most of the property developers have shown a significant rise in their share market. To be specific, Singapore is going to enjoy some really good times in coming days. The interesting part of this scenario is that the properties here are being sold out in a hurry.

Such substantial demand of property in Singapore is considered encouraging. The hike in the first quarter index is way bigger in comparison with the profits of 0.8 percent in the fourth quarter of last year. Especially, the jump in the hike from 3rd to fourth quarter has been noteworthy.

Noteworthy among the hike was the price of central regions that witnessed around 5 percent hike in prices of private properties in the first quarter itself, in comparison with around 1.5 percent hike of the past quarters. Jump in the price hike rate of such is considered the most distinguishing part of the entire process.

Analysing the URA reports, it is evident that the average price of the properties (including all types) has grown around 9.1 percent in comparison with that of the fourth quarter in past year. In fact, the rate of hikes in prices at some high-up destinations has touched around 15% by the first quarter of 2018. Similar is the scenario about CCR development projects as well. These projects are consistently enjoying huge growth rates on a quarterly basis. 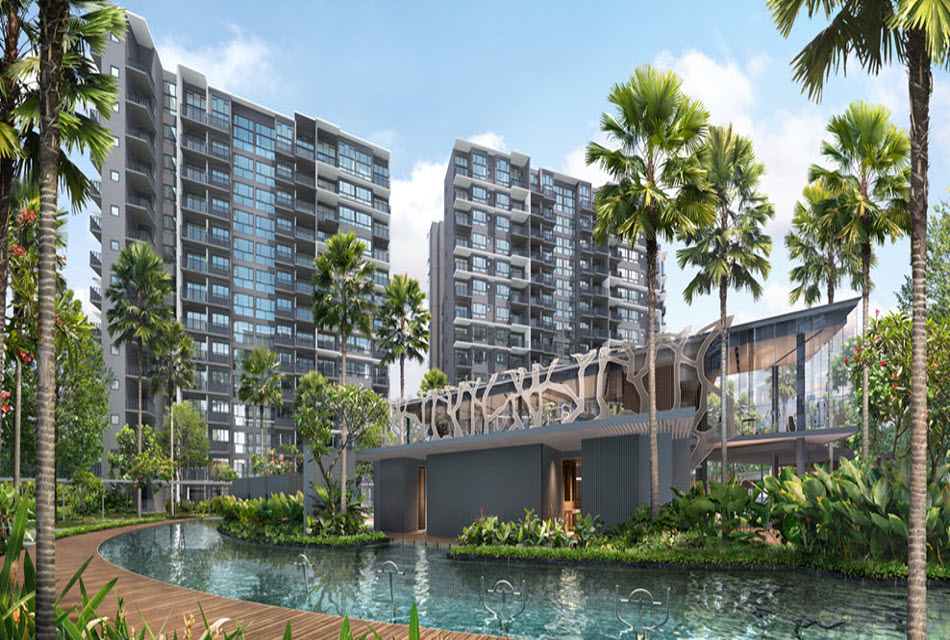 What the experts have to say?

According to analysts, the high-end residential markets in Singapore have witnessed a significant hike in growth rates. More interestingly, they claim this growth rate to be at the initial state, which can be expected to be growing even greater incoming picture. Though other big property markets like Sydney, Tokyo, Melbourne, etc. to have witnessed similar growth rates, but are lesser in comparison with Singapore.

In fact, Singapore seems more promising as a market in comparison to London itself. According to Cushman & Wakefield, the price hike witnessed in the first quarter is said to be a result of a hike in purchase rate by the foreigners in Singapore. It is known to everyone that the number of foreigners settling in Singapore or willing to settle in Singapore has grown significantly in the near past.

Naturally, the demand of properties has been always there among these foreigners. This demand is getting translated into an overall boost in the property market in the nation. There are many examples of developments in price in the modern scenario. One can get a plethora of such examples in OCR segment itself.

Taking the case of Grandeur Park Residences as an example, it has witnessed a significant growth of 7.8%, while its average price is growing from S$1,416 psf in the fourth quarter of 2017 to S$1,526 psf in the first quarter of 2018. As mentioned above, the growing scenario like this is pretty apparent in most districts of Singapore, powered by the growing demand among the locals as well as the foreign clients.

According to the industry experts, this trend of growth is going to continue for the year long. Especially, the growing scenario will be driven by the suburbs. In fact, the lion’s part of this year’s major project belongs to the suburb locations only. Such increase in new launches of projects is indeed encouraging for the investors. Keeping all these in view, the developers are expected to be ready for paying any large amount demanded by the market. They believe that the demand is such substantial that even the fundamental price can recover their investment quite effectively.

Paralympic Swimmer and Medalist – Homeowner at The Tapestry