The concept of penthouse originated from the clamorous twenties, when Western Europe, North America as well as other developed countries were experiencing a strong constructional boom and economic growth. Due to the never-ending demands of people and widespread affluence, there was a change in the society and the number of luxury developments took place.

Moreover, enhancements in demand for enjoyment and living in the cities have also given the reasons to build penthouses in Singapore. Penthouses refer as “bungalows in the sky” are fully loaded with large floor spaces, lavish amenities, superior finishes, panoramic view of the city, higher ceilings and much more. Often people gets confused and ask certain questions like, is there any kind of housing, which is more aspirational than penthouses?

Well, it depends on whom you ask. Most of the people believe that the idea of having a penthouse is a waste as they have other options somewhere like landed properties with outdoor space. But, you should know one thing that nothing can replace the beauty of penthouse. Though, penthouse premium is costly, but worth every penny.

What penthouses exactly mean to you?

Often, people think that penthouses are large residential areas present at the top of any development, mostly in the prime districts. According to analyst, penthouses are like having the prestige associated or attached to it and have real snob appeal, scarcity and exclusivity.

People didn’t opt for the idea of having it as they believe that they will not have any neighbour around them. However, penthouses always draw their value, not only for the views, rather regarded as a product which is at the top of the development and didn’t have an issue regarding privacy, volumes and living space. 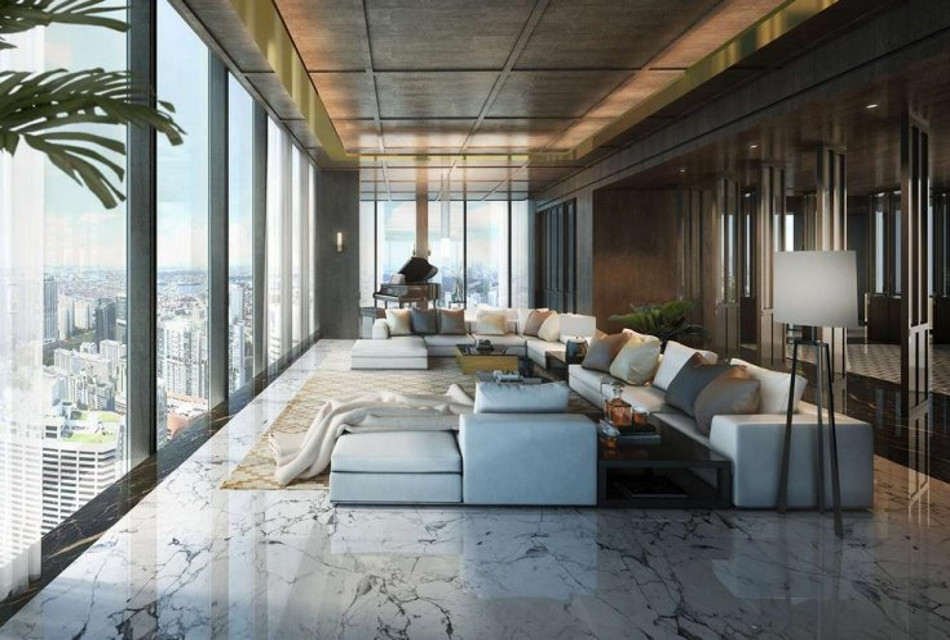 Furthermore, the attraction of these developments are coming from floor-to-ceiling height, coupled with double volume space in the living areas and dining, and makes the residence looks brighter and bigger. Super penthouses are more luxurious along with bigger living areas, roof terrace, private room and entertainment area. Moreover, the master bedrooms will have a walk through wardrobe, double basins, sauna, steam bath and much more.

The tallest residence in Singapore reached the height of 290 meters or 64 storeys, a triplex penthouse unit of 21,108 soft which is part of Tanjong Pagar Centre. It is a mixed development built by GuocoLand on a 99-year leasehold land.

Wallich Residence in Singapore occupies the top 26 levels of the development’s 290 meters tower or 64 storey towers, and below it, there are offices, which are known as Guoco Tower.

In 2017, Facebook co-founder Eduardo Saverin bought the nearly 10,300 square foot; super penthouse at Sculptura Ardmore for close to S$60 million. The price works out to be around S$5,650 per square foot.

Sculptura Ardmore is a 36 storey high end condo, freehold with 34 units. The penthouse comes with a ravishing and cantilevered private swimming pool. The selling price of the penthouse is probably unbelievable at that point in time as it records a new bench mark. The super penthouse is sold at a price close to S$60m.

According to City Development (CDL), two penthouses at New Futura in District 9, Leonie Hill Road are price from S$39.8 million each, which is S$5,079 per square foot based on the floor area of 7,836 sq. ft.

The penthouses, on the top two levels of the completed project, have five bedrooms each. Each penthouse comes with a 13-metre private pool and sauna by the pool deck in addition to the mesmerizing city and sea views. The penthouses come with a Poggenpohl Entertainment Kitchen located next to the pool and deck. The entertainment kitchen is designed by Porsche and imported from Germany.

It is one of the most reputed and well-furnished penthouses in Singapore, which is a three-storey residence, private pool on the 64th floor, amazing interior and luxurious facilities as well. Wallich Residence is regarded as the tallest penthouse in the city and is likely to become the most trending and expensive apartment soon.

Furthermore, it will test the endurance of the demand for luxury property and will hit the target price in the coming months. The prices of penthouses are likely to inch up 15-20 percent after hitting the low, as compared to the 2013 peak.

Super Penthouse with 5 bedrooms and area of 21,108 sqft on the 62nd level of Wallich Residence

The volume of transaction in the first four months of this year, especially among the foreigners have increased, areas include Sentosa Island, Orchard shopping belt, Marina bay area. According to the view of Mr. Chandran VR, the Managing director, at a real estate agency specializing in high-end homes, most of the people still think that Singapore is a safe and worthy place to invest their money as it’s been on the downhill for the last few years.

GuocoLand is selling this three-level super penthouse in Wallich Residence along with a private pool at the 64th floor has an asking price of S$108 million. This works out to be over $5100 per square foot based on the floor area of 21,108 square foot.

The price is meant as a status symbol as there are other choices such as good-glass bungalow. Private residential sale doubled in March and soon will reach to zenith height, mostly in the coming few years. Singapore is the best place to make your dreams come true and to have best penthouses within the budget.

Why Are Buyers Showing Such Great Interest In Singapore’s Residential Market?

Am I Late, If I Enter The Property Market In 2018?
error: Content is protected !!